Valentines Day candies can send a lot of confusing messages. You can now evaluate them in Protobi using sentiment analysis … 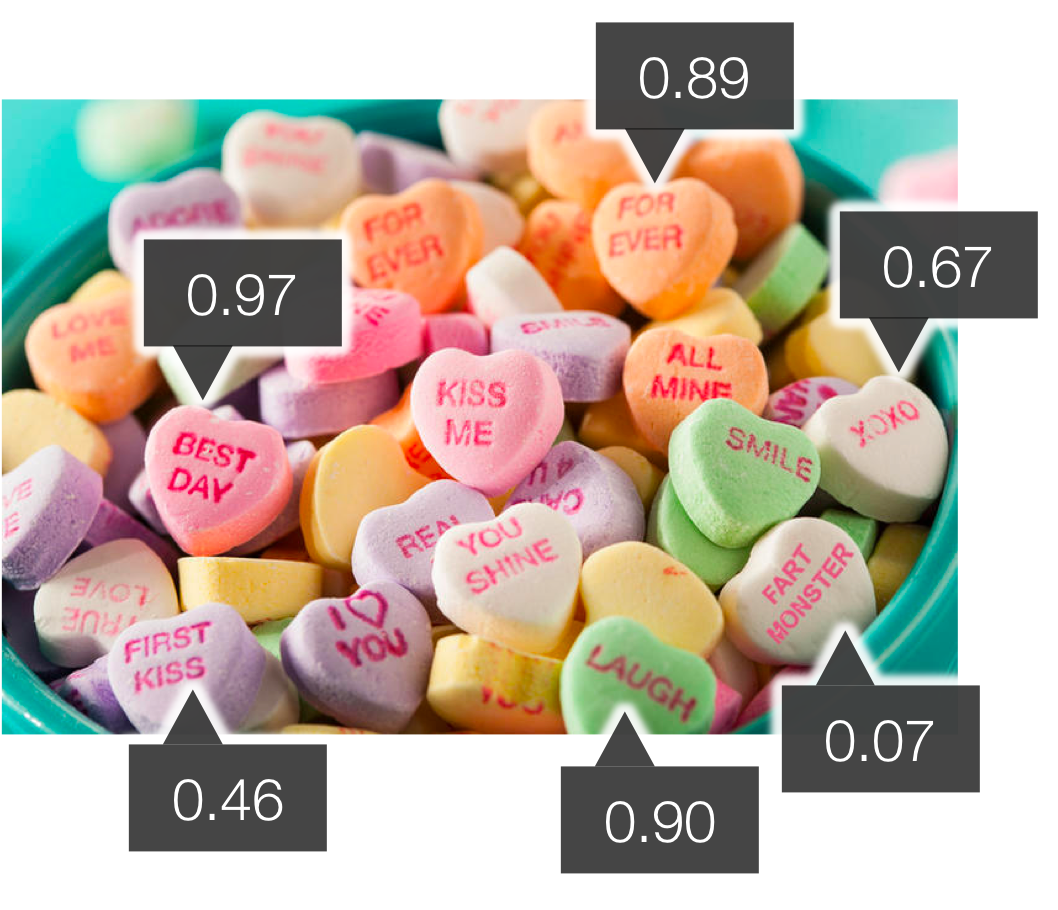 In real-life we imagine you’d use this to evaluate open-end survey responses. But the candy hearts provide a good example to show the strengths and limitations.

These libraries score text on a scale from 0 to 100%, where 100% is very positive, 0% is very negative, and 50% is neutral. Here’s one example scoring a random list of adjectives: 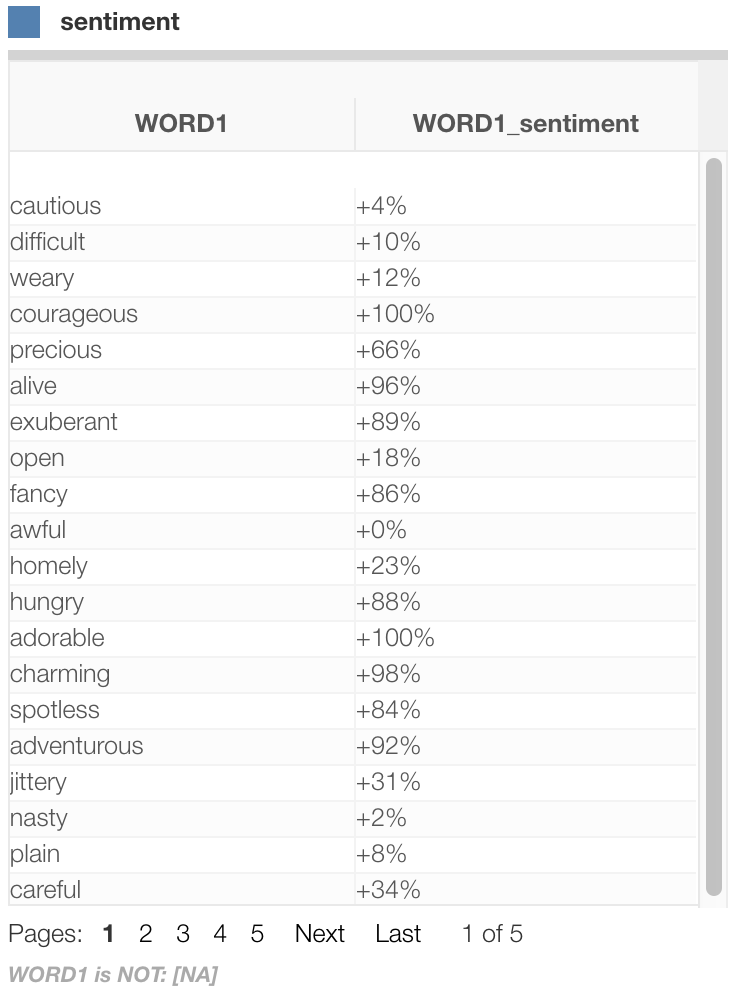 At heart, computerized sentiment analysis is a bit simplistic from a human perspective. It scores the words within the text and returns an aggregate summary score. The computer doesn’t really get in the mind of the author to divine the actual sentiment.

Generally sentiment analysis is reasonably good at identifying as positive words most people would consider positive:

And conversely identifying as negative words most people would consider negative

Automated sentiment analysis can be effective at quickly sorting through lots of verbal expressions and extracting general trends.

The scores in the image above are literally taken from the algorithm. We assume it’s giving the following ratings because the computer simply doesn’t understand the experience:

For instance it rates the following as having a high sentiment even though might be totally not what this is conveying:

And it rates the following as having a low sentiment even though might intend to communicate quite the opposite:

And it may completely miss subtle British-vs-American interpretations, at least according to this Guardian reporter on English-to-English: “quite” explained who explains that in British English, this is not a high compliment:

Sentiment analysis is currently available in all projects. Contact support@protobi.com